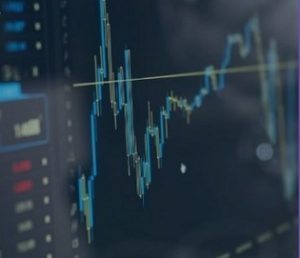 Asian shares were trying to extend their recent rally to a third week on Monday in the hope U.S. jobs figures show the expected revival in hiring in May and keep the global recovery on track.

Chinese blue chips slipped 0.4%, while a survey showed a slight slowdown in factory activity but a pick-up in the giant service sector.

Markets in the United States and Britain are closed for a holiday, but futures were still trading in Asia with the Nasdaq up 0.2% and S&P 500 ahead by 0.1%. EURO STOXX 50 futures eased 0.1%.

The main event of the week will be U.S. payrolls on Friday with median forecasts at 650,000 but the outcome is uncertain following April’s shockingly weak 266,000 gain.

That April figure was close to 750,000 lower than forecasts, the largest “miss” in the history of the series.

NatWest Market economist Kevin Cummins noted that even with a rise of around 550,000 total payrolls would still be 7.7 million below the February 2020 level.

The Federal Reserve next meets on June 16 and this week will be the last chance for members to talk about the policy before the blackout period starts on June 5.

So far, investors have taken the Fed at its word that the labour market needs to improve a lot more before it talks of tapering. That helped yields on U.S. 10-year notes ease to 1.58% even as data on core inflation topped forecasts.

The economic outperformance of the United States has a downside in that it has sharply widened the country’s trade deficit and added to its need for foreign funding for an already huge budget shortfall.

The dollar has fared better on the Japanese yen as investors borrow the currency at super-low rates to buy higher-yielding assets. The dollar was last at 109.84 yen after touching a two-month top of 110.19 last week.

China’s yuan has gained 1.7% so far in May to trade at three-year highs and breach the psychologically important 6.4 per dollar level.

Concerns about global inflation and extreme volatility in cryptocurrencies have been a boon for gold which was holding at $1,903, after hitting a four-month high at $1,1912 last week.

Oil prices were firm after gaining more than 5% last week to reach two-year closing highs as expectations of a rebound in global demand outweighed concerns about more supply from Iran once sanctions are lifted.

All eyes will be OPEC this week as it reviews its supply agreement, and any hint of an increase in output could pressure prices.