Biden closes in on victory in US polls; Trump demands ‘stop the count’ 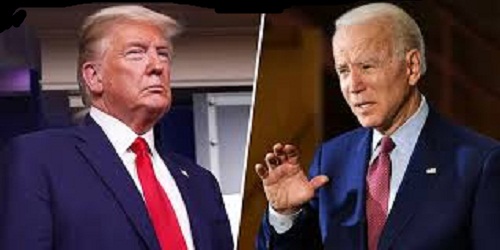 By Administrator_ India Capital Sands Joe Biden stood on the brink of claiming the US presidency from Donald Trump on Thursday, with a handful of states expecting to complete their vote counts despite Republicans opening legal fights to stop counting in at least two states. Biden held 264 Electoral College votes out of the 270 needed to win the White House, according to the Associated Press. Trump has 214. Biden needs only to win an additional outstanding state, such as Nevada, where he is narrowly leading, or Georgia, where his campaign believes mailed votes will push him over the top. He also likely needs to hold Arizona, which the Associated Press has called in his favour but which the Trump campaign says it can still win. A Biden win in Pennsylvania could also clinch the race. The former vice president said he expects to prevail. “I’m not here to declare that we’ve won, but I am here to report that when the count is finished, we believe we will be the winners,” he told reporters in Wilmington, Delaware. He spoke Wednesday afternoon after he scored a victory over Trump in Wisconsin, closing off one of the president’s best routes to re-election. Trump raged on Twitter about the increasing votes for Biden, and stoked unrest among his most ardent supporters with the unfounded allegation that fraud kept him from winning. His campaign said it is suing in Pennsylvania and Michigan to halt vote counts that have been trending toward Biden. It also filed a suit in Georgia over 53 absentee ballots it alleges were late.