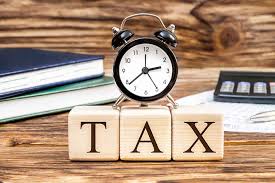 Ahead of the upcoming Budget, the Centre is studying several options to bring down personal income tax , Sources .

A final decision in the matter is expected to be taken by the Prime Minister Narendra Modi sometime early next week.

Sources told that the finance ministry is considering various options with respect to reduction of personal income tax rates. Some of these options include slashing tax rates on personal income, in line with the suggestions of the task force on direct tax simplification; rejig of existing tax slabs; and raising the minimum personal income tax exemption limit from the current Rs 2.5 lakh.

In addition, the government is also considering ways to increase tax saving measures, one of which is via the infra bonds route. The government may allow tax saving via infrastructure bonds of up to Rs 50,000 a year, sources added.

With the Union Budget set to be tabled on February 1, there are expectations of a slew of fiscal measures being taken into consideration to bolster India’s economic growth. Following the recent tax break by way of the corporate tax rate cuts, India Inc is now hopeful for a reduction the tax rates on personal income, a move the industry believes would help rejuvenate the country’s drooping consumption demand.