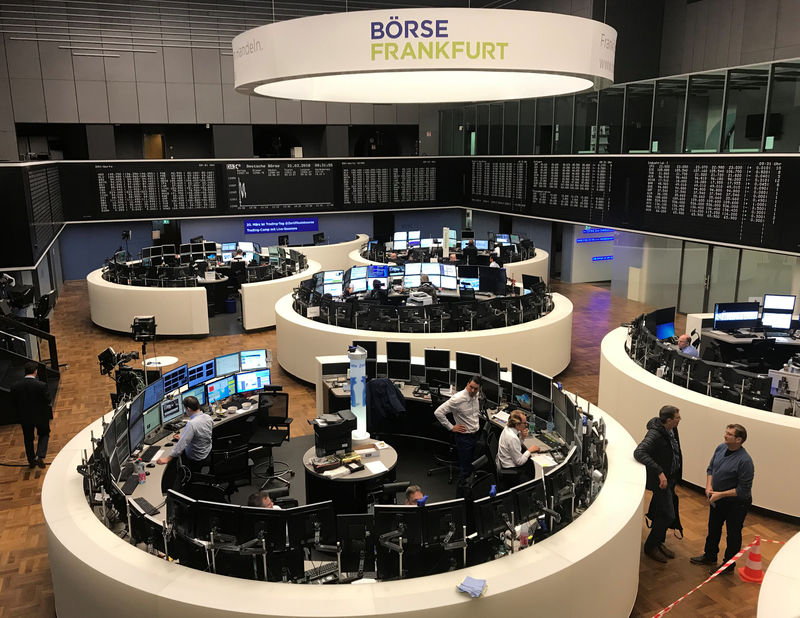 German factory orders slumped 15.6% in March to their lowest level since records began in 1991, while IHS Markit’s final Composite Purchasing Managers’ Index for the euro zone, seen as a good indicator of economic health, plummeted to 13.6 in April from March’s already dire 29.7, easily its lowest reading since the survey began in 1998.

On a busy day for corporate news, BMW  stock fell 3% despite reporting a 133% rise in first-quarter profit. That was mainly due to a one-off provision in the year-earlier period. The German automaker offered up downbeat guidance, saying the impact of the coronavirus could erode demand and profit over the whole year.

Norwegian Air Shuttle  slumped 11% after saying it would sell new shares at a 79% discount to the latest traded price as it seeks to boost its equity in order to qualify for Norway’s government aid package.

Italian bank UniCredit eked out a 1.0% gain despite posting a 2.7 billion-euro loss on soaring provisions.

By contrast, shares in ITV , Britain’s biggest free-to-air commercial broadcaster, rose over 4% despite saying ad revenue last month fell by 42%, while withdrawing its 2019 final dividend. Investors had worried that the figures could have been worse.

Ocado  stock rose 2% after the British online supermarket said retail revenue soared 40% year-on-year in its second quarter to date as shoppers in coronavirus lockdown sought deliveries to avoid venturing out. And pharma company AstraZeneca rose 1.4% to another all-time high after the U.S. Food and Drug Administration approved its Farxiga drug for treating heart conditions.

ADP  issues its payrolls report at 8:15 AM ET (1215 GMT), the first full measure of a month the country spent on lockdown restrictions. Economists expect that private-sector payrolls plunged by 20.05 million, according to forecasts compiled by Investing.com.

Oil futures edged higher Wednesday, helped by the American Petroleum Institute saying late Tuesday that its measure of inventories for the week ended May 1 rose by 8.4 million barrels, compared with a rise of 10 million barrels the week before.

The Energy Information Administration will post its figures for crude stockpiles for the week ended May 1 at 10:30 AM ET (14:30 GMT).