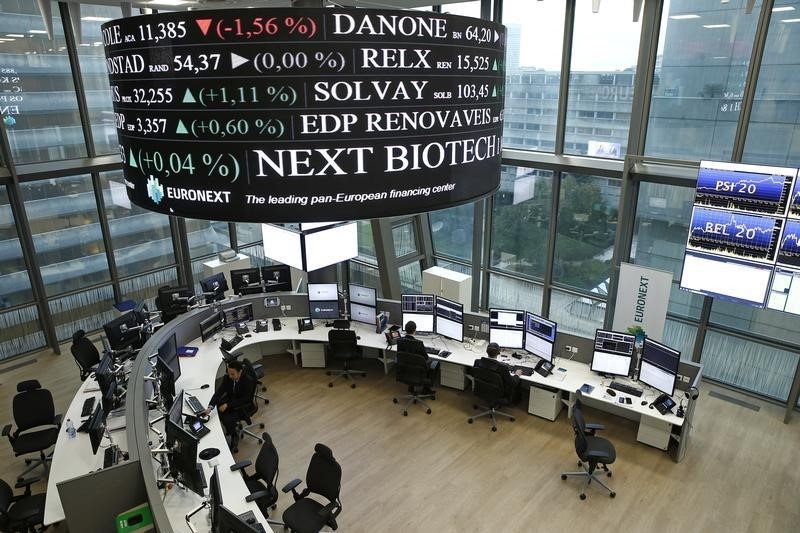 European stock markets posted strong gains Monday, with investors boosted by the news of more central bank largesse and of major economies taking steps towards reopening as the Covid-19 pandemic eases. Standard & Poor’s decision not to downgrade Italy after the close on Friday is also helping.

Earlier Monday the Bank of Japan kicked off a week of central bank action by lifting the cap on its purchases of Japanese government bonds and boosting its purchases of commercial paper and bank loans.

The U.S. Federal Reserve finishes its two-day meeting on Wednesday while the European Central Bank meets on Thursday. Expectations are running hot that these institutions could offer up more stimulus to support economies hit by social distancing measures.

Over the weekend, global virus numbers continued to paint a broadly encouraging picture, with new infection numbers, deaths and hospitalization figures all moving lower, and high-profile victims such as Italy and Spain mapping out paths to reopening their economies.

In corporate news, shares in Deutsche Bank soared over 11% after Germany’s largest bank said it would beat first-quarter earnings estimates with a first-quarter profit of 66 million euros, despite taking a provision for loan losses of around 500 million euros.

Volkswagen shares climbed over 3% after the world’s largest carmaker by sales said Monday it had resumed work at its biggest factory in Wolfsburg.

Additionally, shares of Lufthansa jumped 6.8% in anticipation of state aid from Berlin, while Air France KLM  rose 5.2% after the French and Dutch governments pledged at least 9 billion euros ($9.7 billion) in support.

Adidas  reported a 93% plunge in first-quarter profit and sales off 19%, missing forecasts, and warned of a deeper hit to second-quarter revenue as lockdowns forced the German sportswear maker to close stores. Adidas shares still rose 4.4%.

It wasn’t all good news though, as Airbus Group SE  stock fell 1.9% after an internal memo from CEO Guillaume Faury warned of further job cuts due to it bleeding cash “at an unprecedented speed.”

The oil market also sold off Monday, retreating from recent gains as traders fret that production cuts may not be enough to eradicate oversupply.