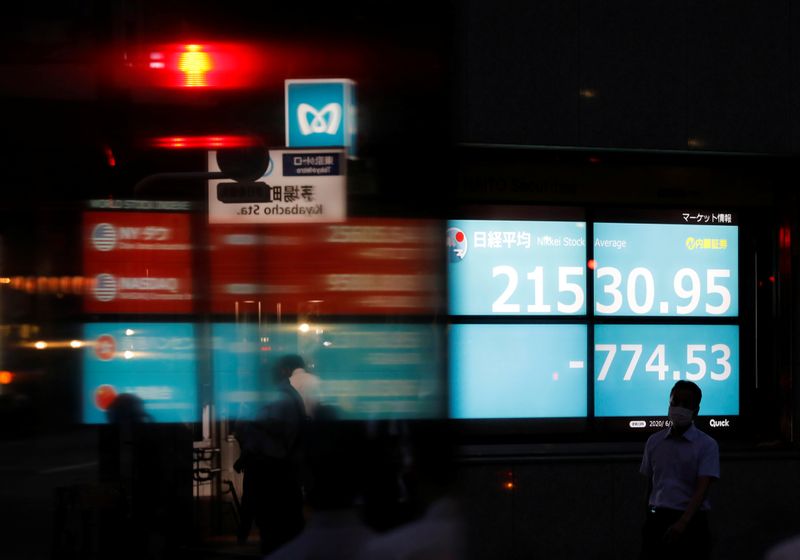 Asian stocks and Wall Street futures fell on Thursday as spiking coronavirus cases in some U.S. states and China crushed hopes of a quick global economic comeback from the pandemic.

S&P 500 mini futures fell 1.2% in early Asian trade while MSCI’s broadest index of Asia-Pacific shares outside Japan lost as much as 1%.

On Wall Street, the S&P 500 lost 0.36% on Wednesday but tech-heavy Nasdaq added 0.15% due to hopes of increased demand for various online services due to the epidemic.

The daily count of infections also hit a new benchmark in California and Texas, while Florida and Arizona also recorded the second-highest daily increases.

China’s capital cancelled scores of flights, shut schools and blocked off some neighbourhoods as it ramped up efforts to contain a coronavirus outbreak that has fanned fears of wider contagion.

“It is a big shock to markets that China, which appears to have successfully quashed the disease, is seeing a second wave. And in the U.S. we see record cases in many states,” Analyst said.

“All this suggests that the more you re-start the economy, the more infections you have. People have thought the economy will quickly recover in July-September after dismal April-June. But that is now becoming uncertain.”

Investors rushed to the safety of bonds, with the 10-year U.S. Treasuries yield falling 3 basis points to 0.704%.

In the currency market, the safe-haven yen rose about 0.3% to 106.72 per dollar while the U.S. dollar also firmed against risk-sensitive currencies.

Australia’s unemployment rate jumped to the highest in about two decades in May as nearly a quarter of a million people lost their jobs due to the coronavirus pandemic-driven shutdowns.