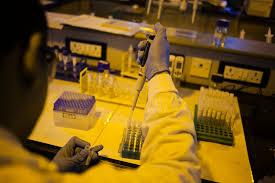 India, the world’s main supplier of generic drugs, has restricted the export of 26 pharmaceutical ingredients and the medicines made from them, including Paracetamol, a common pain reliever also sold as acetaminophen, as the coronavirus outbreak plays havoc with supply chains.

The Indian government urged calm and said there were enough stocks to manufacture formulations for two-to-three months.

The government’s list of 26 active pharmaceutical ingredients (APIs) and medicines accounts for 10% of all Indian pharmaceutical exports and includes several antibiotics, such as tinidazole and erythromycin, the hormone progesterone and Vitamin B12.

It was unclear how the restriction would impact the availability of these medicines in the countries that import from India and also depend on China. In the United States, for instance, Indian imports accounted for 24 percent of medicines and 31 percent of medicine ingredients in 2018, according to the U.S. Food and Drug Administration.

FDA Commissioner Stephen Hahn told U.S. senators on Tuesday that the agency is working to determine how the restrictions will affect the U.S. medical supply and the effect on essential medicines.

“Export of specified APIs and formulations made from these APIs… is hereby ‘restricted’ with immediate effect and till further orders,” the Director General of Foreign Trade said in a statement on Tuesday, without explaining the extent of the restrictions.

“Irrespective of the ban, some of these molecules may face shortages for the next couple of months,” Dinesh Dua, chairman of the Pharmaceuticals Export Promotion Council of India, told Reuters. The council falls under the federal commerce ministry.