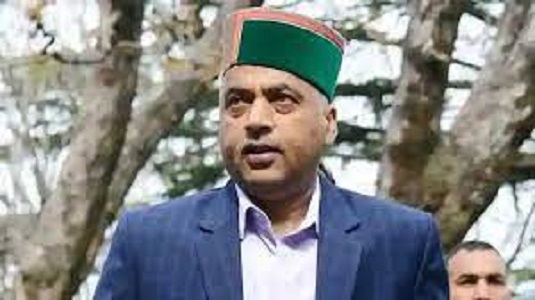 This announcement to provide financial benefit of Rs 450 crore to the employees and pensioners was made by the CM while presiding over a state-level function at historic Seri Manch in Mandi.

The Chief Minister also announced Rs 15 crore for Municipal Corporation Mandi to ensure that it carry out its developmental works smoothly. Thakur said for about two years the whole world was fighting the Covid pandemic and the timely and effective steps taken by Prime Minister proved life-saving for the citizens of the country.

He paid rice tributes and homage to the freedom fighters, who laid down their lives for the sake of the nation’s pride and glory. He also extended rich tributes to the martyrs, who made supreme sacrifices for sovereignty of the nation.

Tableaus of different departments was the main highlight of the event. A colourful cultural programme was also organised on the occasion.

Earlier, the Chief Minister visited the Saheed Samarak and paid floral tributes to the freedom fighter and martyrs who laid down their lives for the cause of the motherland. He also paid floral tributes to the Father of Nation Mahatma Gandhi by garlanding his statue. Jal Shakti Minister Mohinder Singh Thakur, some MLAs, Deputy Commissioner Mandi Arindam Chaudhary, Director Information and Public Relations Harbans Singh Brascon, and other senior officers among others, were present on the occasion.

The 75th Independence Day was celebrated as Amrit Mahotsav with functions held at state, district and sub-division level. Unfurling of the Tricolour, a marchpast by contingents of State Police, Home Guards SSB, ITBP were the main attractions of the celebration.