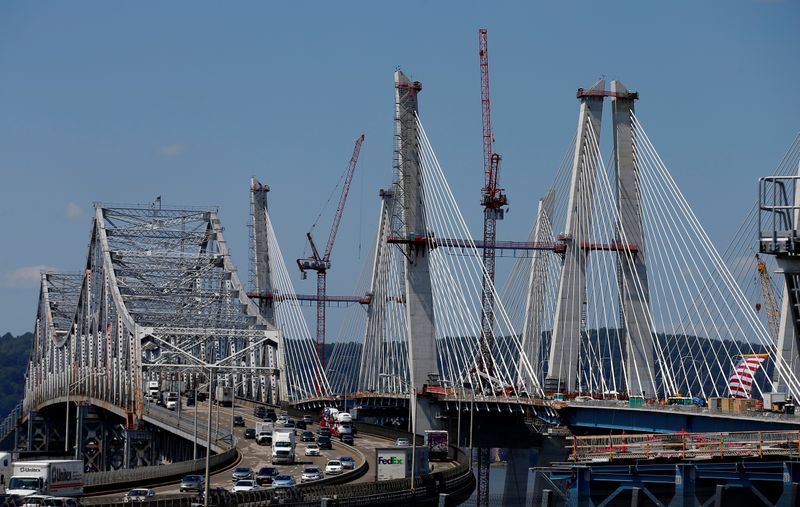 The proposal is also intended to get U.S. President Donald Trump to return to the bargaining table. Trump campaigned in 2016 on boosting infrastructure spending by at least $1 billion over a decade but focused first on tax cuts and health care reform after taking office.

“America’s infrastructure is in crisis,” Democrats will say, according to a fact sheet. “For decades we have relied on a 1950s-era transportation system that has failed to keep pace.”

In April, Trump and Democratic leaders agreed to spend $2 trillion on infrastructure, without hashing out a way to pay for it. Weeks later, Trump abruptly canceled a follow-up meeting after criticizing congressional investigations.

Democrats want to spend $329 billon over five years on surface transportation, with a focus on fixing the 47,000 structurally deficient U.S. bridges. They would also provide $1.5 billion to support the development of an electric vehicle charging network.

With a presidential election looming, many doubt Congress will be able to tackle infrastructure this year but lawmakers face a Sept. 30 deadline to reauthorize surface transportation spending.

A Senate panel in July voted to authorize $287 billion in federal government spending over five years on surface transportation needs, a 27% jump, but Congress has not been able to agree on how to pay for it.

Republicans on the House Transportation and Infrastructure committee said in a statement they believe Congress can pass infrastructure legislation this year; they argue Congress must find a new way to fund road repairs since existing gasoline tax revenue has not kept pace.