How to do Fundamental Analysis of Stocks? 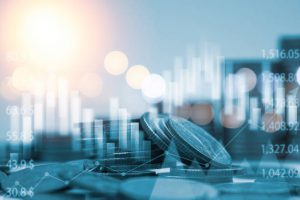 One of the most important tools in a successful trader’s toolbox is his ability to analyze the market situation. In Stock Market, stock analysis can be of multiple types depending on the use case, this article concerns fundamental analysis which in essence is a method of determining the current and projected value of an asset or corporation.

What is Fundamental Analysis?

Fundamental analysis studies forces that affect the security’s value starting from the macroeconomic conditions such as public policy to microeconomic issues like the impact of company management. It is important to understand however that fundamental analysis is in stark contrast to technical analysis which primarily uses historical market data such as price and volume to forecast the price vectors. The end goal of fundamental analysis is to quantify the company’s valuation and match it against the current price to conclude whether the investment is overvalued or undervalued.

How to do Fundamental Analysis of Stocks?

In practice, an analyst will research the overall economic conditions before moving on to the specific industry and finally focusing on the individual company’s performance to arrive at a fair market valuation for the certain stock. Fundamental analysis makes use of publicly available data in order to better understand the fair market value of the stock in question. To exemplify this further, an investor looking to invest in bonds will consider the economic factors like Interests Rates, Foreign Direct Investments, Inflation, GDP Growth, to name a few. Similarly for a stock trader information such as revenues, earnings, debt-equity ratio, profit margins, and expansion plans are important metrics for performing a fundamental analysis.

Based on the information thus accrued, the analysis will make a deterministic model around the estimated value of the company which is referred to as the company’s intrinsic value. It is important to remember that this value is only an estimate of the analyst’s research and may be incorrect as well. However, if the analysis reveals that the investment’s current value is underpriced, they may publish a buy or overweight rating for said stock. On the other hand if the analysis shows that the calculated price is lower than the current price the stock is considered overvalued and the investor may push for a sell or underweight memo.

Stocks which are rated higher find their way into portfolios of more and more investors which eventually leads to their prices being driven up, similarly stocks which have unfavorable ratings usually fall in prices and are removed from portfolios or added as “short” positions.