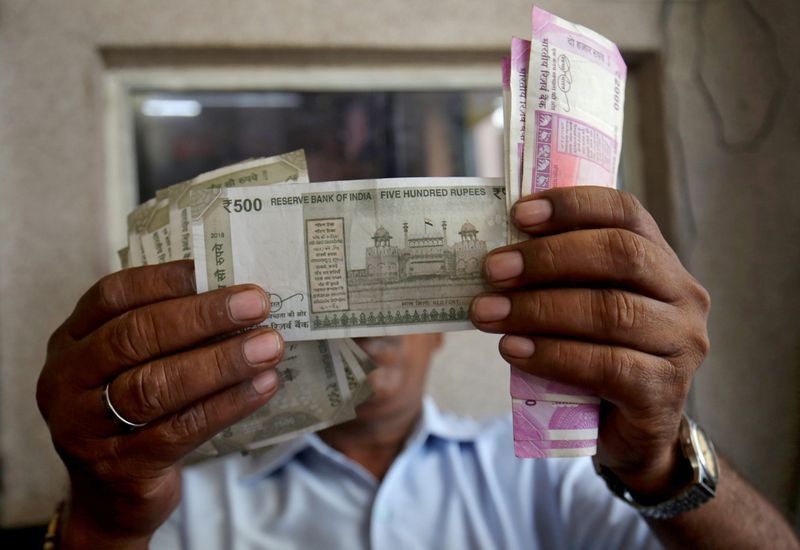 India’s current account deficit (CAD) narrowed further in the October-December quarter on the back of a contraction in the trade deficit and rise in net services receipts, the central bank said on Thursday.

The CAD declined to 0.2% of gross domestic product in the three months, the third quarter of the 2019/20 fiscal year, from 2.7% in the same period a year before. On a quarterly basis, it shrank from 0.9% of GDP in the second quarter.

The CAD measures the difference between the value of a country’s imported and exported goods and services.

“The contraction in the CAD was primarily on account of a lower trade deficit at $34.6 billion and a rise in net services receipts at $21.9 billion,” the Reserve Bank of India (RBI) said in a statement.

The RBI said net foreign direct investment at $10 billion in the third quarter was higher than the $7.3 billion in the same quarter last year while external commercial borrowing-related inflows stood at $3.2 billion compared with $2 billion a year earlier.

The full-year current account deficit could come in at around 1% of GDP which would mean lower financing needs amid the global and local markets rout on the back of the spread of coronavirus which has triggered net capital outflows.

The Indian stock market plunged into bear territory on Thursday after the World Health Organization described the coronavirus outbreak as a pandemic, with the NSE Nifty 50 index plunging 8.3% to 9,590.15, its lowest close in 2-1/2 years.

India’s monthly trade deficit however widened to $15.17 billion in January compared with $14.73 billion a year earlier, and sharply higher versus the deficit of $11.25 billion in December, trade ministry data last month showed.

The current account deficit stood at $1.4 billion in the third quarter of 2019/20 versus $17.7 billion a year ago. The merchandise trade deficit narrowed to $34.6 billion from $49.3 billion, the central bank said.

Foreign portfolio investment recorded a net inflow of $7.8 billion in Q3 of 2019/20 – against an outflow of $2.1 billion in the same quarter last year – on account of net purchases in both the debt and equity markets, the RBI said.