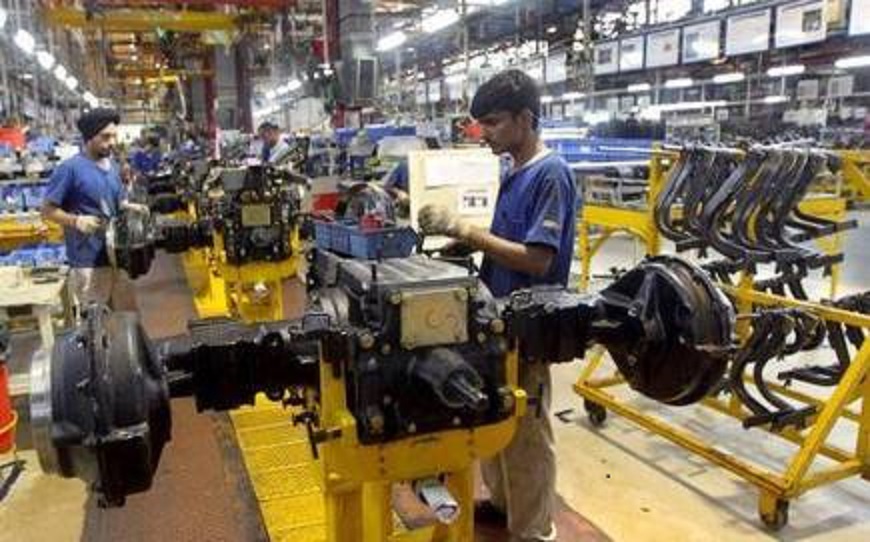 India’s manufacturing may be back on track, rebalancing itself from the Covid-19 impact, the purchasing managers’ index (PMI) data, released by IHS Markit on Monday, shows.

India’s manufacturing PMI rose to 58.9 in October, the highest it has achieved in more than a decade.

Driven by robust sales, the pace gathered by manufacturing output–a crucial component of the headline PMI–was the quickest since October 2007, contributing to the PMI’s gains, the monthly report by IHS Markit said.

Headline PMI went past 56.8, seen in September, which was an eight-year high.

In addition, manufacturers spent more on buying inputs in October too. The reopening of sectors took overall confidence to a 50-month high.

But on employment, the payroll numbers are still low, and in fact, lower than in the previous month, due to pandemic-related restrictions on companies.

Many high-frequency real macroeconomic indicators — such as power demand, traffic, rail freight, and goods and services tax collection — in September and October tell a revival story. The October PMI also bodes well for gross domestic product of the October-December quarter (Q3 FY21), especially when manufacturing value added has been contracting for more than a year.

Pollyanna De Lima, economics associate director at IHS Markit, said companies were convinced that the resurgence in sales would be sustained in coming months, as indicated by a strong upturn in input buying amid restocking effort.

“Levels of new orders and output at Indian manufacturers continued to recover from the Covid-19 induced contractions seen earlier in the year, with the PMI results for October highlighting historically sharp monthly rates of expansion,” she wrote in the note.

Growth was led primarily by the intermediate goods category, suggesting that demand for their inventories might have sprung back to life after a period of lull.

But consumer goods and investment goods also showed a robust expansion this time, the report said.

The monthly upturn in sales was the strongest in 12 years, while new export orders were the most the pronounced in close to six years.

The impact of compliance with government guidelines on employment is still strong, causing the employment situation to deteriorate for the seventh consecutive month.

“The month-over-month nature of the PMI makes its correlation with other improving indicators inaccurate. But revival would be also be evident from the numbers, if they sustain at a good level for months in a row, rather than one-off,” said Devendra Pant, chief economist at India Ratings.

As for inflation, the report said that most firms kept their output charges unchanged even though there was an uptick in input costs. Inflation remained moderate due to this.