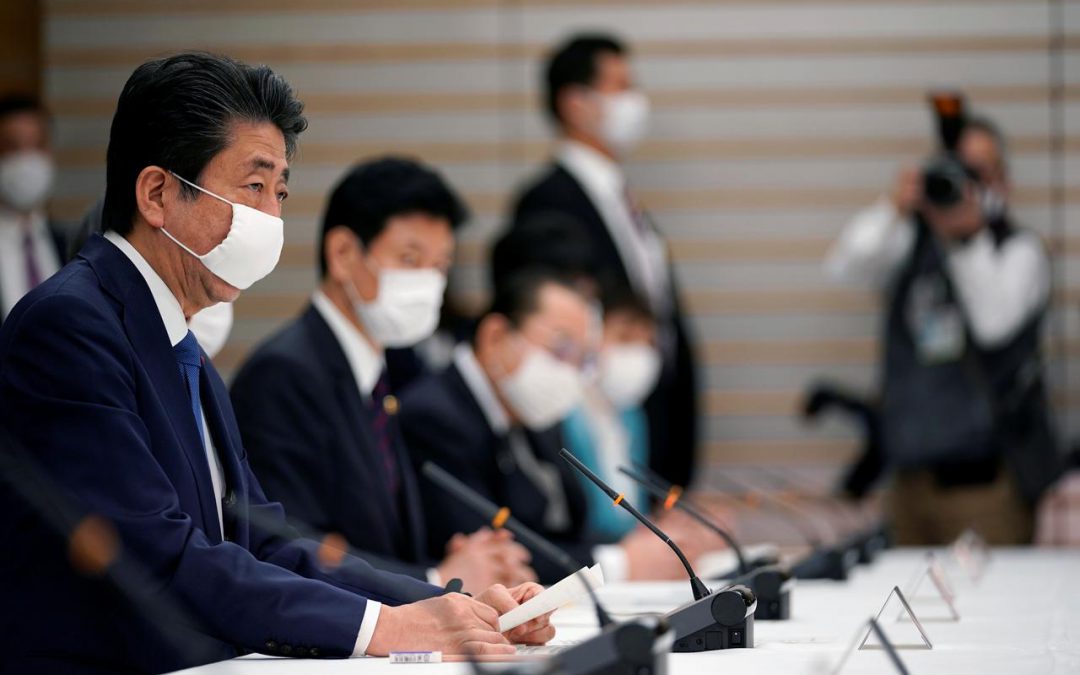 Japanese Prime Minister Shinzo Abe is set to announce a state of emergency on Tuesday for the capital Tokyo and six other prefectures to stem a worrying rise in coronavirus infections in major population centers.

The government is also planning to finalize a massive stimulus package worth 108 trillion yen ($990 billion) – equal to 20% of Japan’s economic output – to cushion the heavy impact of the pandemic on the world’s third-largest economy.

Abe will hold a news conference at 7 p.m., after seeking formal advice on declaring the emergency from a panel of experts.

“Japan and countries overseas and facing their biggest crisis in recent years because of the coronavirus outbreak,” Chief Cabinet Secretary Yoshihide Suga said on Tuesday.

Japan has so far been spared the massive outbreaks seen in other global hotspots, but a recent, steady rise in infections in Tokyo, Osaka, and other areas led to growing calls for Abe to announce a state of emergency.

Tokyo has seen coronavirus infections more than double to 1,116 in the past week, accounting for the highest number of patients in the country. Nationwide, cases have climbed past 4,000 with 93 deaths as of Monday.

Abe said on Monday he was preparing to announce the state of emergency, which would stop short of imposing a formal lockdown.

“The state of emergency will allow us to strengthen current steps to prevent an increase in infections while ensuring that economic activity is sustained as much as possible.”

Abe said the emergency would last around a month and give governors the authority to call on people to stay at home and businesses to close. With no penalties for ignoring the requests in most cases, enforcement will rely more on peer pressure and respect for authority.

“We are currently in deliberations with the central government to decide specifically which types of facilities we will be asking to close or shorten business hours,” Tokyo Governor Yuriko Koike said on Monday while reiterating there would be no restrictions on buying groceries and medicine.

The government’s stimulus package will include more than 6 trillion yen for cash payouts to households and small businesses and 26 trillion yen to allow deferred social security and tax payments.

Abe said on Tuesday direct fiscal spending in the package would amount to 39 trillion yen, more than double the amount Japan spent following the collapse of Lehman Brothers in 2008.

Abe is set to hold a cabinet meeting later on Tuesday to approve the stimulus plan.

Analysts expect the economy, which shrank in the final quarter of last year, to post two more quarters of contraction.