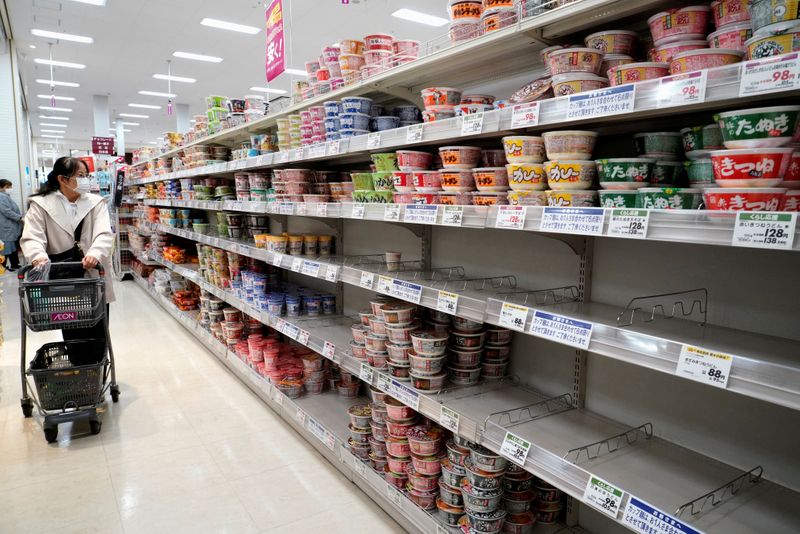 Japan’s household spending fell at the fastest pace on record in April as the coronavirus shut down travel and dining-out in the world’s third-largest economy, and prospects of higher job losses chilled consumer sentiment.

The dismal number will keep policymakers under pressure to prevent a larger decline in the economy, which is expected to fall deeper into recession this quarter.

Household spending tumbled 11.1% in April from a year earlier, government data showed on Friday, marking the fastest pace of decline since comparable data became available in 2001.

The decline was slower than a median forecast of a 15.4% fall and followed March’s 6.0% decline.

Many analysts expect consumption to have bottomed out in April or May, as businesses re-open after last month’s lifting of nationwide lockdowns. But any rebound will be slow and fragile, as companies and households remain wary of spending, they say.

“Unless effective vaccines are developed, a strong recovery cannot be expected for the foreseeable future,” said Analyst.

Spending on bars, plane tickets, hotels, and amusement parks tanked by around 90% as households was forced to stay home, the data showed.

On the other hand, stay-home policies boosted spending on pasta by 70%, instant noodles by 43%, and sanitary goods like face masks by 124%, it showed.

Overall, however, an expected rise in job losses and the hit to household sentiment from the pandemic will weigh on consumption, analysts say.

“Japan’s economy will rebound in July-September if there’s no renewed spike in infections. Even so, it may take until 2023 or 2024 for the economy to return to pre-COVID levels.”

Prime Minister Shinzo Abe announced a state of emergency in April requesting citizens to stay home and businesses to close, hammering an economy that was already suffering from the hit from last year’s sales tax hike and the U.S.-China trade war.

The government has compiled two stimulus packages worth a combined $2.2 trillion to combat the virus fallout on the economy, which slipped into recession in the first quarter.

While Abe has lifted nationwide lockdowns, analysts expect the economy to suffer an annualized 22% contraction in the current quarter and recover only modestly in the second half of this year.