Operation Ganga: Over 7400 Indians expected to be brought back over the next two days 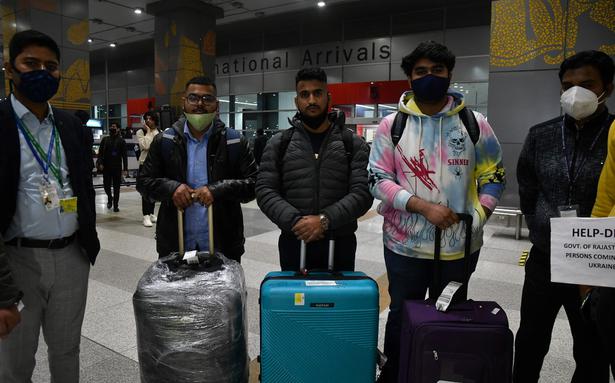 More than 7,400 Indians are expected to be brought back to India from Ukraine’s neighboring countries on special flights in the next two days, the Civil Aviation Ministry said on March 3.

Operation Ganga which is India’s evacuation program for its citizens stranded in Ukraine began on February 22 and has brought back over 6200 persons so far, including 2185 persons coming today through 10 special civilian flights, the ministry informed.

Indians are being evacuated from Ukraine’s western neighbors such as Romania, Hungary, and Poland as the Ukrainian airspace has been shut since February 24 due to the Russian military offensive.

The Ministry of External Affairs has informed that over the next 24 hours, 18 flights have been scheduled.

“Three of these would be Indian Air Force C-17 flights, and other commercial flights by Air India, Indigo, and GoAir. There will be seven flights from Bucharest, 5 from Budapest, 3 from Rzeszow in Poland, and one from Košice in the Slovak Republic. Two flights would be operational from the town of Suceava in Romania,

A spokesperson Arindam Bagchi on March 2 said that an estimate of nearly 17,000 Indian nationals have left Ukraine since the issuance of advisories in the last week of January.

“We are exploring options to reach eastern Ukraine to assist the evacuation of citizens who are stuck there. We are seeing if our teams can reach there, it is not easy because the route is not open all the time,” the MEA spokesperson said.