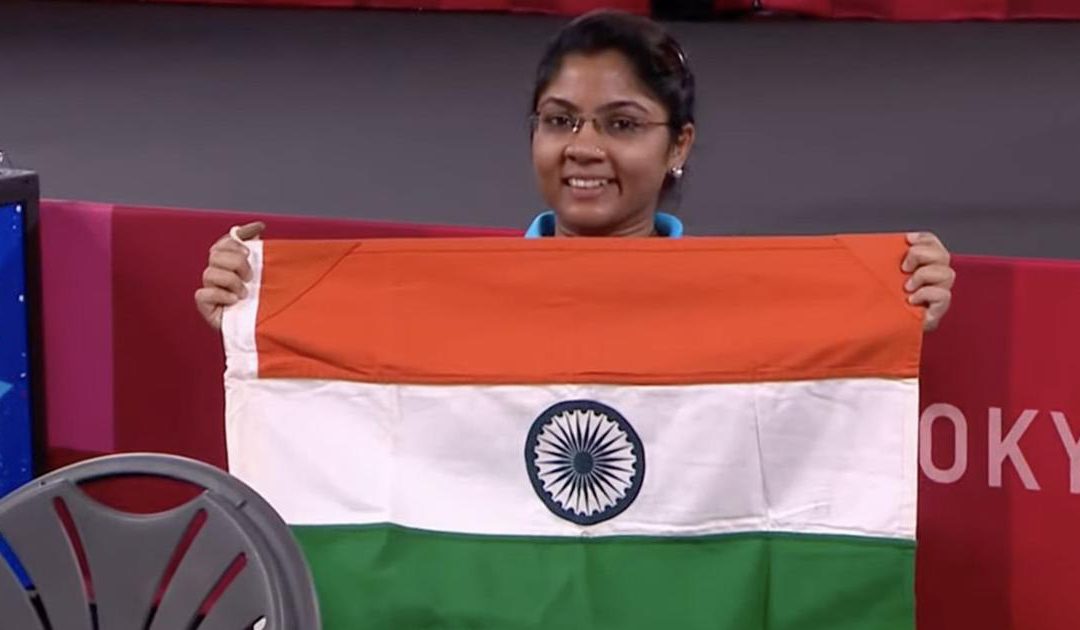 Indian table tennis player Bhavinaben Patel has won a historic silver medal in her maiden Paralympic Games. With this medal, the Indian team opened its account at the Tokyo Games.

She dedicated her Silver medal to India. “I want to thank my coach, family members, and friends for their constant support,” said Patel after winning the silver medal.

Prime Minister Narendra Modi, on August 29, took to Twitter to congratulate Patel on her historic win.

“The remarkable Bhavana Patel has scripted history! She brings home a historic Silver medal. Congratulations to her for it. Her life journey is motivating and will also draw more youngsters towards sports,” the prime minister tweeted.

The 34-year-old player in a wheelchair won the silver medal after going down 0-3 to world number one Chinese paddler Ying Zhou in the women’s singles class 4 final match. Her impressive run at the Games ended with a 7-11 5-11 6-11 loss to Zhou, a two-time gold medallist, in the women’s singles summit clash which lasted 19 minutes.

Patel also suffered a loss to Zhou, one of the most decorated para-paddlers of China, in her first group stage match earlier in the week.

Up against an opponent who has five Paralympic medals to her name including gold medals in singles at Beijing and London, Patel seemed to struggle as she could not execute her strategy and was left to do the catch-up job.

Zhou, a six-time World Championship medallist, didn’t allow Patel, currently ranked 12th in her division, to find her angled returns and get into a rally. In the first game, Zhou broke off from 3-3 to move ahead. Patel tried to keep herself within touching distance with a superb serve at 5-7 and a forehand flick but the Chinese managed to earn the bragging right with a deep push at the baseline.

The second game was one-way traffic as Zhou jumped to a 7-1 lead early on. Patel narrowed it down to 4-7 but the Chinese soon grabbed a 2-0 lead. Pushed to the brink, Patel tried to script a recovery as she moved neck and neck with her opponent till 5-5 in the third game. But Zhou once again moved ahead and sealed the contest with a backhand shot.