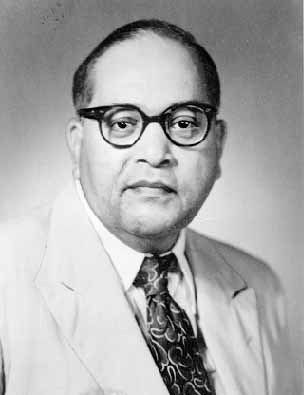 Prime Minister Narendra Modi on Thursday paid tributes to B R Ambedkar on his 131st birth anniversary, saying it is a day to “reiterate our commitment to fulfilling his dreams”.

In a tweet, he said Ambedkar has made indelible contributions to India’s progress.

President Ram Nath Kovind also paid tributes to B R Ambedkar on the occasion and said that he being the architect of the Constitution, laid the foundation of modern India.

“Humble tribute to Babasaheb on Ambedkar Jayanti! A strong advocate of social justice, Babasaheb laid the foundation of modern India as the architect of the Constitution. Let us do our part in building an inclusive society, following his ideals of ‘Indian first, Indian later and Indian last’,” said Kovind.

On its official Twitter handle, the Congress said Babasaheb Ambedkar remains a champion of equality, human rights and social justice.

“His life and actions have been a source of inspiration for crores all over the world. On his birth anniversary, we celebrate the legacy of the man who gave India her Constitution,” the party said.

West Bengal Chief Minister Mamata Banerjee also paid respects and said Ambedkar’s life and works continue to inspire to work tirelessly for the good of all and to uphold the cardinal principles of our Constitution.

A key architect of India’s Constitution, Ambedkar is regarded as an icon, especially by Dalits, for his relentless work for social reforms and empowerment of the disadvantaged sections of society.

Ambedkar was born in 1891 and was India’s first law minister. He was given Bharat Ratna, India’s highest civilian honour, in 1990.