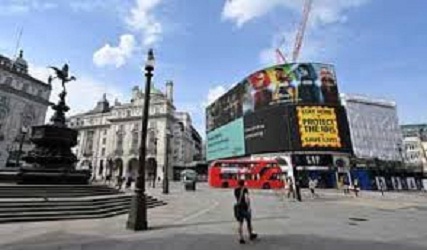 Britain is at a critical point in the COVID-19 pandemic and faces a very challenging winter, one of the government`s top medical advisers will warn at a public briefing on Monday.

Cases in Britain are on the increase in what Prime Minister Boris Johnson has labelled a second wave of the virus, with large areas of the country subject to restrictions on social freedom and London expected to be next in line.

“The trend in the UK is heading in the wrong direction and we are at a critical point in the pandemic,” England`s Chief Medical Officer Chris Whitty is expected to say in an address set for 1000 GMT on Monday.

“We are looking at the data to see how to manage the spread of the virus ahead of a very challenging winter period.”

More than 40,000 people in Britain have died within 28 days of testing positive for COVID-19 since the start of the pandemic in March, the highest number in Europe.

New cases fell rapidly due to an unprecedented three-month national lockdown, but have risen as the shuttered economy, schools and offices reopened. The government has been heavily criticised for a shortage of testing capacity.

The warning from Whitty is expected to foreshadow a national address by Johnson later in the week, although this has not been confirmed by ministers.

Health minister Matt Hancock on Sunday warned the country was at a tipping point, saying that people must follow rules on self-isolating or face the imposition of further lockdown measures. The government announced large fines for non-compliance.

Hancock has refused to rule out another national lockdown – something which Johnson has said would have disastrous consequences for the economy – and said officials were meeting to decide how best to handle the rising cases in London.