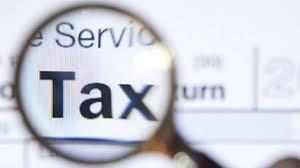 Indian jewelers have received surprise tax notices asking them to turn over money they made from customers who scrambled to buy gold after Prime Minister Narendra Modi’s 2016 ban on high-currency notes, according to a dozen jewelers and tax officials.

When Modi announced a sudden ban on 500 and 1,000 rupee bills on Nov. 8, 2016 to weed out undeclared cash, clients thronged the store of one Mumbai-based jeweler, clamoring for necklaces, rings, bullion – anything gold.

The jeweler – who asked to only be identified by his surname, Jain, to avoid retribution – said he sold his entire stock at a steep premium that day and pocketed revenue usually earned in two weeks.

Three months ago, he received a tax notice asking for the source of those earnings and ordering him to turn in all revenue made that night, under suspicion that black money was behind the purchase.

Jain appealed against the order, but as per Indian law had to deposit 20% of the disputed amount.

Mehta estimated tax authorities are seeking around 500 billion rupees ($7 billion) from people in the gems and jewelry sector.

Tax authorities are within rights to demand tax on past revenue, which takes time to scrutinize, but it is highly unusual for officials to demand the entire revenue as tax.

Two senior tax officials told Reuters the department has sent thousands of notices this year, including to jewelers, demanding an estimated 1.5-2 trillion rupees in taxes.

The Central Board of Direct Taxation and the Finance Ministry did not immediately respond to a request for comment, and the government has not spoken about the tax demands on the jewelers.

The move highlights Modi’s push to shore up revenue as India’s once-booming economy grows at roughly 11-year lows. India’s corporate and income tax collection for the current year is likely to fall for the first time in at least two decades, several senior tax officials have told Reuters.